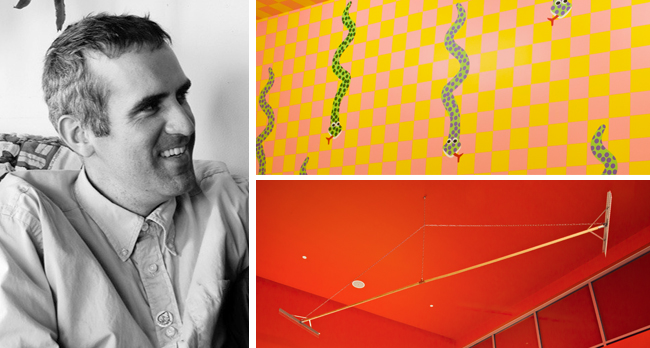 Jim Drain was born in Cleveland, Ohio in 1975 and attended RISD (1994-1998 BFA, Sculpture). Drain was a member of Forcefield, a collective of artists and musicians who were later featured in the 2002 Whitney Biennial. Drain has had recent solo exhibitions at the University of Florida; Locust Projects, Miami; and the Blanton Museum of Art, University of Texas, Austin.  He has participated in group exhibitions at the Geffen Contemporary, MOCA, Los Angeles; the Fabric

Workshop and Museum, Philadelphia; Serpentine Gallery, London; Depart Foundation, Rome; the 7th Bienniale d’Art Contemporain de Lyon. His work is in the permanent collection of MoMA.  One of two recipients of the 2005 Bâloise Prize, Drain is represented by Greene Naftali Gallery in New York. He just recently had a solo exhibition in Los Angeles at Prism Gallery. He currently lives and works in Miami.